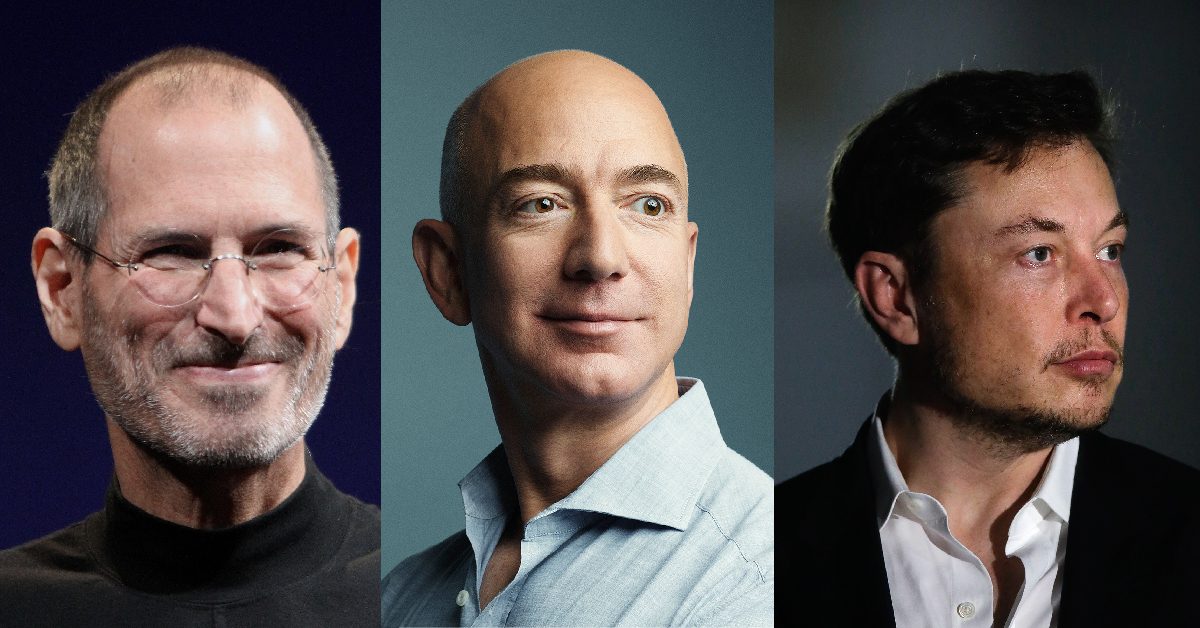 The Difference between You and These Guys: Great Meetings

All three companies have redefined their respective industries and hail a new wave of business – one that is driven by technology. Behind each of these tech behemoths lies a single entrepreneur with a singular vision that propelled them to the scale that they are today: Elon Musk, Jeff Bezos and Steve Jobs. Each of them hailed as iconoclasts in their own companies and widely credited as geniuses and visionaries, the praises for these men could go on forever. But what can we learn from the inner workings of these legendary entrepreneurs?

In my research for common ground between them, I found a great sticking point for meetings. Yes, meetings!  I’ll be willing to bet that in your department, meetings happen often and more often than not – you hate it. Guess what, turns out these CEOs hate them too. The difference is, they’ve done something about it. As it turns out, all three CEOs have famously created distinct meeting styles as a push back against the age old problems of useless and incessant meetings.

As companies grow and scale, the so do business meetings. Suddenly, the 5 person meeting with the CEO becomes 8 when new executives are added, 9 because Julia from marketing “should know about this” and then it all breaks loose. Too many people results in lost time – some people might be better off working instead of staying in the meeting. Also, overdiscussion can happen! It’s inevitable that a topic drags on and bores everyone else we isn’t involved.

In order to combat this problem, Steve Jobs famously kicked anyone who wasn’t directly involved in the meeting. If someone doesn’t have something to contribute to the meeting, they shouldn’t be in the meeting. In one story, Steve Jobs starts a 8 person meeting about the new iMac that they were dicussing. He quickly locked eyes with Lorrie, who was marginally involved in some marketing projects. He asked her pointedly:

After hearing her position, he processed it quickly and told her:

“I don’t think we need you in this meeting, Lorrie. Thanks.”

…and then continued with his update as if nothing happened, leaving Lorrie to scuttle out the meeting room on her own.

While it seems harsh, the idea behind it is not to waste the time and bog down the meeting with people who will not be contributing to the meeting.

Amazon’s legendary founder, Jeff Bezos, has a very similar approach. The CEO famously coined the “two pizza rule”, in which meetings had to be small enough that two pizzas would be able to feed everyone involved. Jeff hated big group meetings and believed that small, independent teams could work better. Hey, if two major CEOs think so, there’s gotta be some truth in there right?

No PowerPoint or Jargon

Sometimes we don’t realise it, but we start speaking in jargon and it makes communication much harder. Meetings should be direct and to the point, without beating around the bush. Take a look at this video of Jobs interrupting a team member in order to prevent her from going on a long rant:

Notice how he lets her speak first, then as he realises that she is veering off the course of the discussion, he brings her back to the main point and forges ahead with the meeting. Jobs understood the importance of keeping to the agenda and the issue at hand, directing his team towards that.

Another particular quirk that he had was this absolute disdain for PowerPoint. One could say that maybe it was because Microsoft was his competitior, but he had good reason to dislike it. Jobs had this to say about PowerPoint:

I hate the way people use slide presentations instead of thinking.People would confront a problem by creating a presentation. I wanted them to engage, to hash things out at the table, rather than show a bunch of slides.

And he’s right. How many times have we sat through a completely terrible pitch with crappy PowerPoint slides that serve no purpose at all? Furthermore, taking away Powerpoint slides makes a meeting more of a discussion, as it should be. No more one way communication, where the presenter speaks and the rest of the room listens. By trashing PowerPoint, everyone has to think together and everyone can contribute. That’s the hallmark of effective communication.

Now, don’t misconstrue my words here, I’m not saying that we should all aspire to run out of meetings as soon as we can. What I do mean is: Let’s be productive and not waste time.

Elon Musk set the rule of “Walk out of you’re not contributing” at Tesla, giving staff the freedom to exit a meeting if they feel like they have nothing to add or are not needed in the room anymore. Sounds simple doesn’t it? Most of us are busy people and every minute spent in the meeting room is a minute lost in productivity. Be clear on what you’re discussing in the meeting and get it done quick.

Which brings us to the last but most important tip to increase meeting efficiency: Be clear about the meeting agenda!

Many companies are guilty of having meetings for the sake of meetings, with no clear agenda to run it. Following the lead of these technopreneurs, make sure to set a clear and understandable agenda before the meeting begins. Then make sure that everyone is in agreement to the topics that have to be discussed that day. The discuss it. Then get back to work!

Having another meeting coming up soon? You know what to do.

Singapore Budget 2018: How It Affects You as a Business Owner

Business Marketing in the Digital Age

5 Reasons Why Eezee is the Best Procurement Platform in Singapore