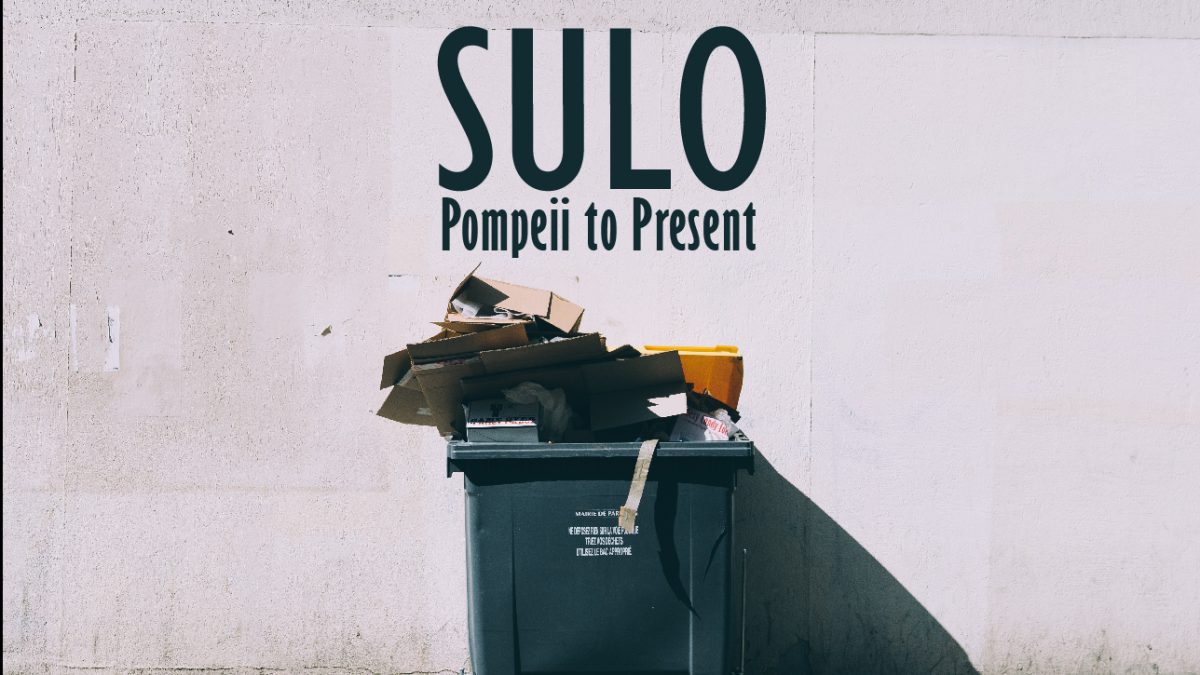 Mobile Garbage Bins, what could be so interesting about them? They’re for….trash, right? You might have even heard of SULO before. But why should we care? Most of us would not give a second glance at one of the most important inventions of human history, but behind the humble garbage bin lies a surprisingly long history:

Pompeiians to Romans to Today

79AD: Throughout time, our ancestors always found ways to surprise us with their ingenuity. They managed to form early version of wheels to pyramids to – wheelie bins? Recent archaeological digs have found that people living in the ancient “lost civilisation” of Pompeii used a crude form of wheelie bins. Made from wood and large enough that you needed two hands to push, they were fossilised by the devastating volcanic eruption that decimated the city. The knowledge of wheelie bins was lost!

200AD: More than a hundred years later, the Romans realised that they had a sanitation problem due to the amount of trash their citizens were creating. To combat this, they devised a sanitation team: two men teams walking along streets, picking and tossing garbage into a large wagon to be transported elsewhere. Still crude, but at least they weren’t sitting in their own filth no more.

1350-1353: In Europe, it became common practice to toss their garbage anywhere on the street and let it rot, eventually causing a terrible stench in cities. This led to contaminated water, harboring of rats and pests and the Black Plague. Realising the problem, King Edward III (yes, this was very long ago) mandated that front yards had to be clean of trash.  ‘Rakers’, the early term for garbage men, had to pick up trash once a week to transport to a remote location. They loaded the trash into wheeled wagons and dumped it…into the Thames and Fleet rivers.

It was not until the 1800s that wheelie bins would come into public consciousness again. During that time, metal bins were normally used in England. These were round bins with a lid and handles on either side – notoriously heavy to carry for their poor garbage men. It affected their backs and many of them had back problems very quickly, so much so that many were given back braces in order to combat the physical harm. It was hard work and quickly became apparent to people that something had to change.

1980s: More development occurred in the bin industry as plastic became a strong contender to substitute the aging metal bin. The first wheelie bin was first designed in England by a company called Frank Rotherham Mouldings as a means of transporting rubbish from one end of their facility to the other. A health and safety inspector saw the bins one day and realised its potential: it didn’t require any heavy lifting that was ruining the backs of garbage men and was easy for owners to transport around as well.

2000s: SULO offered city councils to buy back their old bins to recycle. They then provided them with the new mobile garbage bins that are now so ubiquitous all over the world.

You’ve definitely seen them. Green in colour, a hinged lid and two wheels – an unmistakable silhouette of a SULO wheelie bin. Sturdy, hardy and easily movable, its invention was a big step up from the health hazard that was metal bins in the past.

Since then, SULO has transformed into an industry leader and the new standard for mobile garbage bins. They have expanded to industrial bins and bigger refuse removal products. Chances are, the next bin you come across will be a SULO one. Keep an eye out!

Lesson from Prestar: The Endless Pursuit of Perfection

7 Wearable Products That Will Keep You Safe (Part 2)